Laughter is the antidote to fear.

And that's more than just some feel-good platitude.

Improv is not about telling jokes, it's the infrastructure of cultivating intimacy, authenticity, and vulnerability. It gives the skills needed to be inclusive, bold, powerful, and funny. The corporate world (including Google, McKinsey, Deloitte, and more) uses it to teach "soft skills that don't suck" - teaching people to be themselves instead of telling them how.

I've created a curriculum for bringing the power of quick-thinking, cooperation, and flexibility into the world of social impact. This includes advocates, activists, journalists, peacemakers, political candidates, and anyone who wishes to be bold and bridge our political divides.

This collaborative seminar exploring a new model of winning. It uses the basics of improv comedy to effectively develop a participant's authentic voice and mixes in moral psychology, neuroscience, and a bit of play. Participants then learn to let go, lose powerfully, disrupt power structures, and create community spontaneously through the power of dance, ritual, curiosity, play, and joy.

We've tried fighting, we're all tired of it. It's time to dance.

Creativity can be taught and authentic presence is natural. These are techniques that allow us to savor uncertainty and see possibilities in adversity. Politics is improvised theater, it's just crappy theater. Let's teach potential leaders the ability to find ease under the pressures of performance. 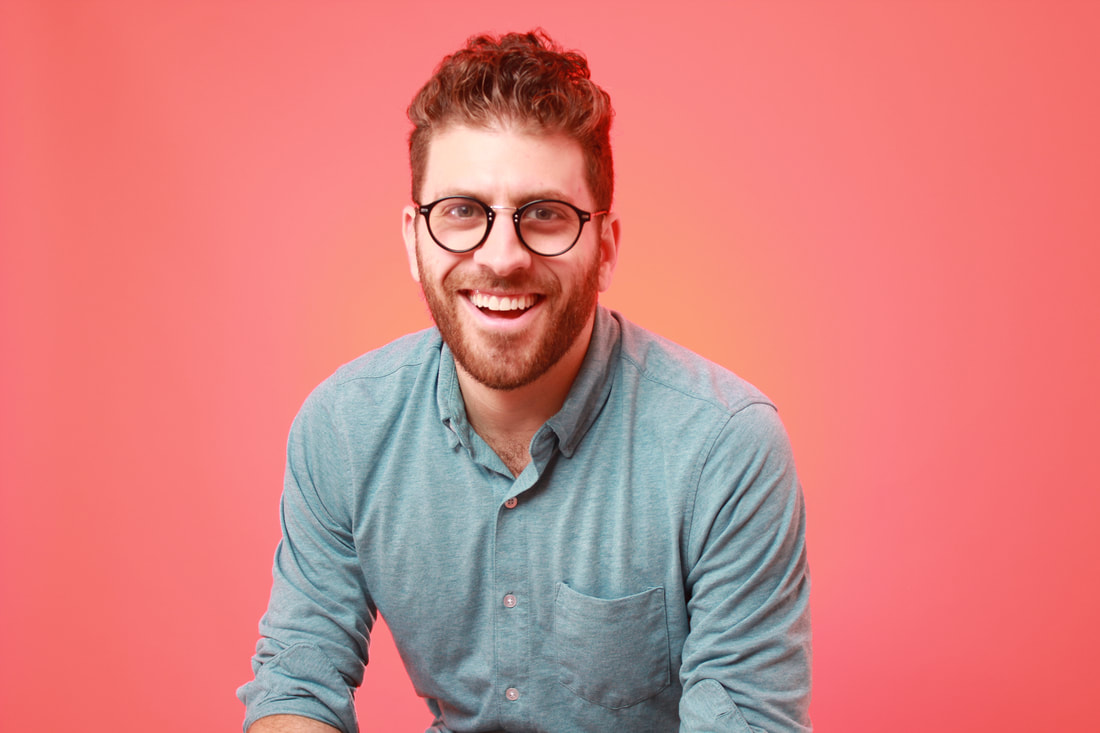 Sam Bonar grew up in South Florida: an entitled, picky, and problematic theater kid with a funny last name. He learned quickly that embracing his flaws and laughing at himself were powerful tools for moving social consciousness. He has continued to joke, laugh, and advocate for the power of humor through high school drama club, his physics major at UChicago, improv comedy teams in college, a government data analyst job, and now teaching and coaching improvised theater for the past 6 years. He has 14 years of theater experience and is a headliner/teacher/coach at Washington Improv Theater (WIT) in the future Douglass Commonwealth (DC). He has trained and led workshops in the ethos of improv for the past 5 years for organizations such as Deloitte, NIH, Beekeeper Group, DC Peace Team, National Student Leadership Conference, Washington Improv Theater, Marie Reed Elementary, Basecamp Strategies, and more.

Sam is a subversive lobbyist, comedic advocate, videographer, and teacher in the dark arts of comedy, authenticity, and cultivating vulnerability. He's using tech, guerrilla theater, and comedy as tools to “unfork" politics in DC. He is the creator of a new app, GetMadGo, which is meant to bridge our many divides and inspire random acts of activism. It's also owned by its users: if you build trust in the system, you reap real rewards.

​Need to find the joy and levity in our political and moral self-expression, instead of just the outrage, moralizing, and boring explainer videos.